An Overview to Palermo, Sicily

As with all of Italy, Palermo has an extremely extensive history. Palermo was previously ruled by the Byzantine Empire, then later ruled by Arabs as they established the Emirate of Sicily. This created a unique blend of Byzantine, Arab, and Spanish influence. Obviously, many empires sought after Sicily and it makes sense because it has a prime location in the Mediterranean Ocean, especially for economic strength. Throughout history, mankind has repeatedly abused Sicily while ignoring its dense history, and World War II continued that trend. In 1942 and 1943, Palermo was heavily bombed and captured by Allied forces and it remains one of the only cities in Italy that weren’t heavily protected from the war. Italy didn’t care for Sicily, they welcomed allied troops into that land because they don’t view Sicilians as Italians, a view which is strongly upheld today. Because of this immense history, Palermo is one of the most unique places I’ve ever visited and it is one of the great hidden gems of Italy. Also, keep in mind that Palermo is one of the cheapest places you will visit throughout your travels in Italy.

The Cathedral of Palermo is one of the most complex churches throughout all of Italy. The church was first built back in 1185 on the area of an old Byzantine basilica. The renovations develop from left to right when you enter the Cathedral of Palermo from the main entrance. You can see the Gothic entrance with a mosaic of Madonna, towers from the Renaissance, as well as the Neoclassical dome. The architectural progression is as impressive inside as it is outside. There are stunning mosaics dating back to when the Cathedral was first built. Admission to the church itself is free but if you would like to visit the tombs, treasury, crypt, and terraces then it will cost 7 Euro. Look here for more information about the Cathedral of Palermo.

The Palazzo Normanni (Norman Palace), also known as the Royal Palace of Palermo is the oldest royal residence in Europe and still serves as the seat of the Sicilian Regional Assembly. While the palace isn’t stunning from the outside, there are plenty of interior exhibits to explore. Inside, there are numerous exhibition spaces containing rotating galleries, numerous collections of artwork, Royal Apartments, and the infamous Palatine Chapel. This area is covered in luminous gold-colored mosaics with intricate details. You may sit in one of the viewing areas and sit in awe of the Muqarnas ceiling, influenced by Islamic architectural styles. Additionally, the Norman Palace in Sicily is relatively inexpensive to visit. Prices vary depending on the day, Friday – Monday will cost 8.50 Euro to visit, then Tuesday – Thursday will cost 7 Euro. Make sure you do not go on a Sunday if you would like to see the Palatine Chapel! You can visit the official website here to learn more about the Palazzo Normanni (Norman Palace).

The main square of Palermo, Quattro Canti, literally translates to “Four Songs”. The Piazza is located at the intersection of two main streets in Palermo and each corner, with its’ respective sculpture, is meant to represent different districts of the city. Quattro Canti almost always has people or a performer in it and I highly recommend walking through as many times during your stay in Palermo.

The Teatro Massimo or Massimo Theater is one of the largest opera houses in Italy! When first built in 1897, it was the fourth largest in Europe, only behind some of the most famous opera houses in the world. If you’re a big movie fan, the final scenes of The Godfather III were filmed in the Teatro Massimo. The theater holds great cultural significance and is built n central Palermo. If you don’t have the opportunity to purchase tickets to a show, then you could also book a guided tour. You can purchase these at the visitor’s office inside in advance and tours start every half hour. Tickets will cost 8 Euros for an adult ticket. For more information about Teatro Massimo or Massimo Theater in Palermo, Sicily, visit their official website here.

The Catacombe dei Cappuccini or Capuchin Catacombs are one of the hidden gems in all of Europe. I can guarantee that this is one of the creepiest and surreal places you will ever visit. The Catacombs are located at an old church about a mile walk from the Quattro Canti (Center of Palermo). Once you pass Palazzo Normanni, you have largely left the “touristy” area of Palermo so try to better explore this part while you’re here. The story is that the Capuchin friars were established at this church in Santa Maria della Pace in 1534. They created a mass grave for deceased friars, underneath the altar in old ancient caves. By 1597, the grave had filled up quickly (remember people didn’t use to live so long), so they made another cemetery. When digging up the old bodies from the mass grave, ALL of the bodies had been naturally mummified and significantly recognizable. Capuchins believed this to be an act of God, so they decided to hang up the bodies on the wall to adore them. The first body in this new grave is still hung with a sign to commemorate the event (October 16th, 1599). By 1783 the catacombs became infamous, everyone wanted to be buried there. The church began to accept burial to most people, especially the rich and famous. In 1880, the Catacombe dei Cappuccini were officially closed. The final burial was one of two exceptions, a 2-year-old named Rosalia Lombardo, who died of the Spanish Flu, was mummified and encased in a glass box. If you visit the Capuchin Catacombs today, she will look as if she passed yesterday, despite being over 100 years old. I cannot emphasize enough if you visit Sicily at all, you must go to Palermo and visit the Catacombe dei Cappuccini for only 3 Euros. For more information regarding the Catacombe dei Cappuccini or Capuchin Catacombs, visit their official website here.

Where to Eat in Palermo, Sicily

As I mentioned earlier, Sicily is one of the most desired lands throughout all of history because of its close proximity to so many different regions. Because of this, Palermo has some of the highest quality fruit and vegetables, all of which you can find at the open-air market named Mercato Ballaro in Palermo. Make sure you stop by one of the numerous vendors to try fresh fruit, vegetables, and authentic Sicilian street food!

If you are in Italy, you must have gelato, but if you are in Sicily, you must have brioche con gelato. Cono & Co offers this unique ice cream sandwich of a sweet and fluffy brioche bun, filled with your favorite flavor of gelato. It might sound weird, but I promise it’s better than you’d think. Cono & Co is also centrally located on via Maqueda, intersecting with via Vittorio Emanuele. Find more about Cono & Co on their official Facebook page here!

Where to Stay in Palermo, Sicily

From my experience, the most affordable places to stay in Palermo, Sicily, are on Airbnb. I booked a private room for two weekend nights for a total of $67 USD. There are plenty of great options for Palermo, but I prefer to go cheaper if I know that I will not be spending much time in my rental.

Transportation, How to Get Around Palermo, Sicily

The weakest part about Palermo, Sicily, is definitely the public transportation. I provided a map of the transportation services to the left to help. However, it’s for mostly good reason because you will most likely not need to use public transport during your stay. Most attractions/restaurants will be in the center of town. The most reliable train leaves from the airport to Palermo Centrale. Tickets will cost 6 Euro one way, 10 Euro round trip. The train ride from Palermo Airport to Palermo Centrale will take around an hour. For more information about Palermo public transportation and how to get around Palermo, Sicily, visit this website.

Palermo uses the Euro and will be cheaper than most places for tourist activities and dinner. A typical dinner for two will most likely cost around 30 Euros without drinks. 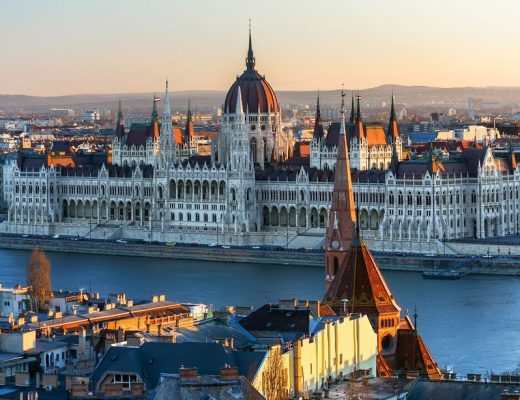 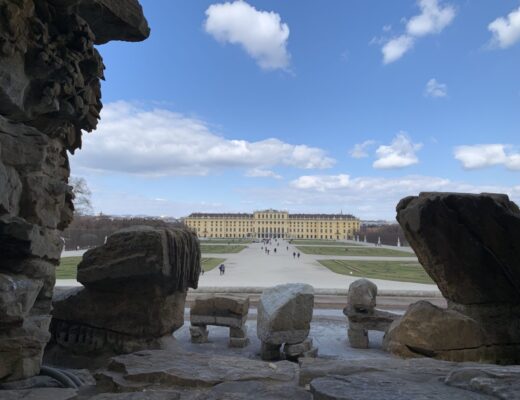 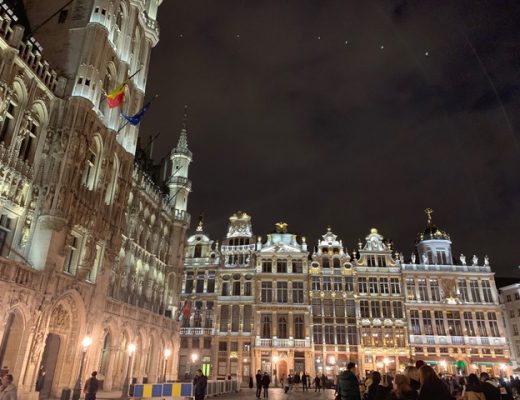 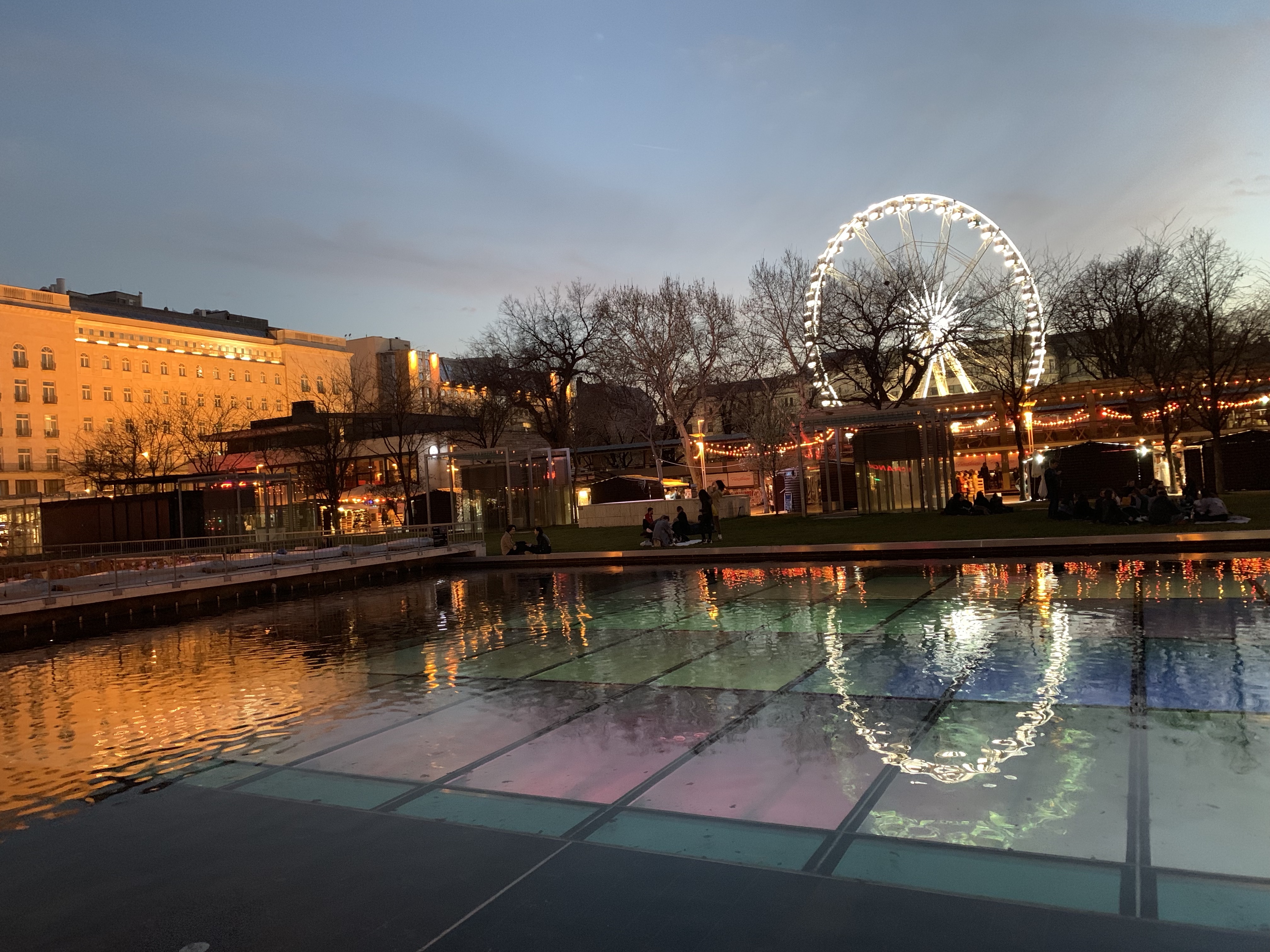