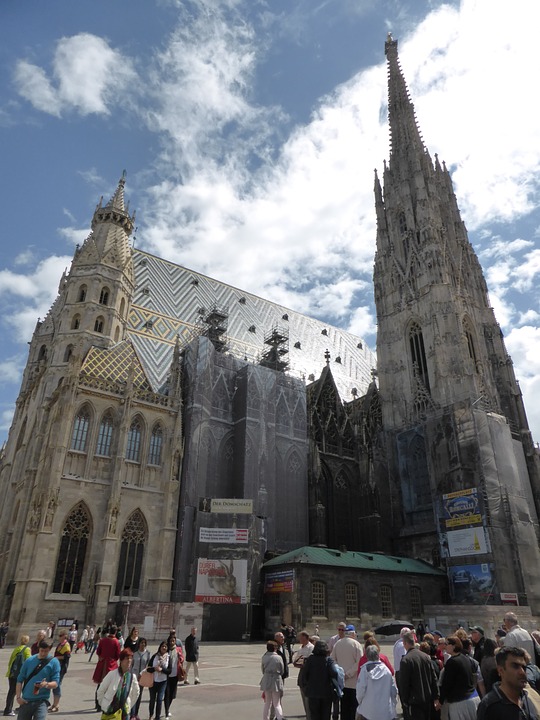 St. Stephen’s Cathedral in Vienna is in the middle of the city. The Romanesque and Gothic architecture together molds a beautiful church. Construction was completed in 1160, nearly 900 years ago. The roof portrays 230,000 uniquely colored tiles. Inside, the grandiosity of the columns and high ceiling matches that of the Milan Duomo. Saint Stephen’s in Vienna is one of the most groundbreaking cathedrals of Eastern Europe. You may enter the cathedral for FREE, do not let anyone tell you otherwise. Then you could buy a ticket to the Catacombs, North Tower, or South Tower for 6.50 euro each, separate tickets. You can also buy an all-inclusive ticket for all of these for 16.90 euros. Trying to decide between the North and South Tower? The South Tower is taller, yet you walk up the stairs which bring you to the gift shop (343 total steps). The North Tower is not as high, but there is an elevator up to the top and you go outside for the views of Vienna. Due to this reason, many people say they like the North tower more, but do whatever you please. 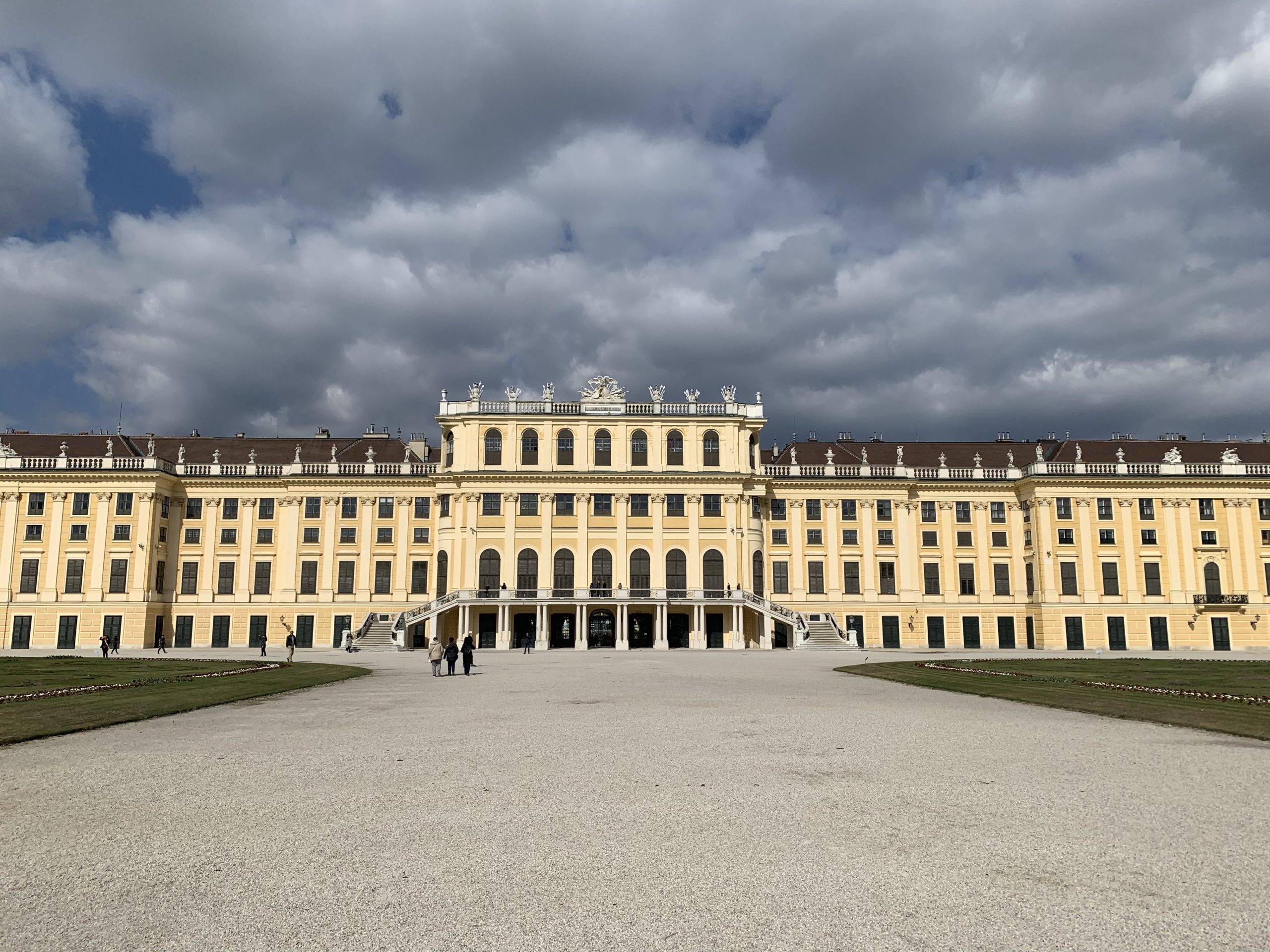 As I mentioned earlier, Vienna is known for its old money, this palace was the summer home for many Habsburg rulers. Franz Joseph, the longest-reigning Austrian emperor, built most of these astonishing buildings. Now, the Austrian government controls Schonbrunn Palace as a UNESCO World Heritage Site. You will want to plan to stay here for around 3-4 hours. To get to Schonbrunn Palace, take public transportation to Schonbrunn station. You may get here by bus, subway, and tram. All tickets for the palace come with an audio guide. This is especially helpful since each room inside has an immense history. The basic ticket (Imperial Tour) costs 18 euros and you can walk through 22 rooms. I didn’t buy the higher-priced tickets because I wasn’t too interested in the history. However, if you’re interested, I’d recommend going through all 40 rooms for 22 euros. There’s more info about the tickets available here. Once you exit the Palace, wander around the grounds for a while. Here is a map to the Palace Grounds. The Schonbrunn Zoo also lives on the palace grounds. Additionally, the archway, Gloriette, is located directly up the hill behind the Palace. Inside, there is a cafe which is a perfect rest stop to get out of the cold. On the way to Gloriette you should see Neptune Fountain. Walk up the hill directly behind the fountain for a picturesque view. Then I’d also recommend seeing the Roman Ruin and Obelisk Fountain on your way out of the Schonbrunn Palace Grounds. 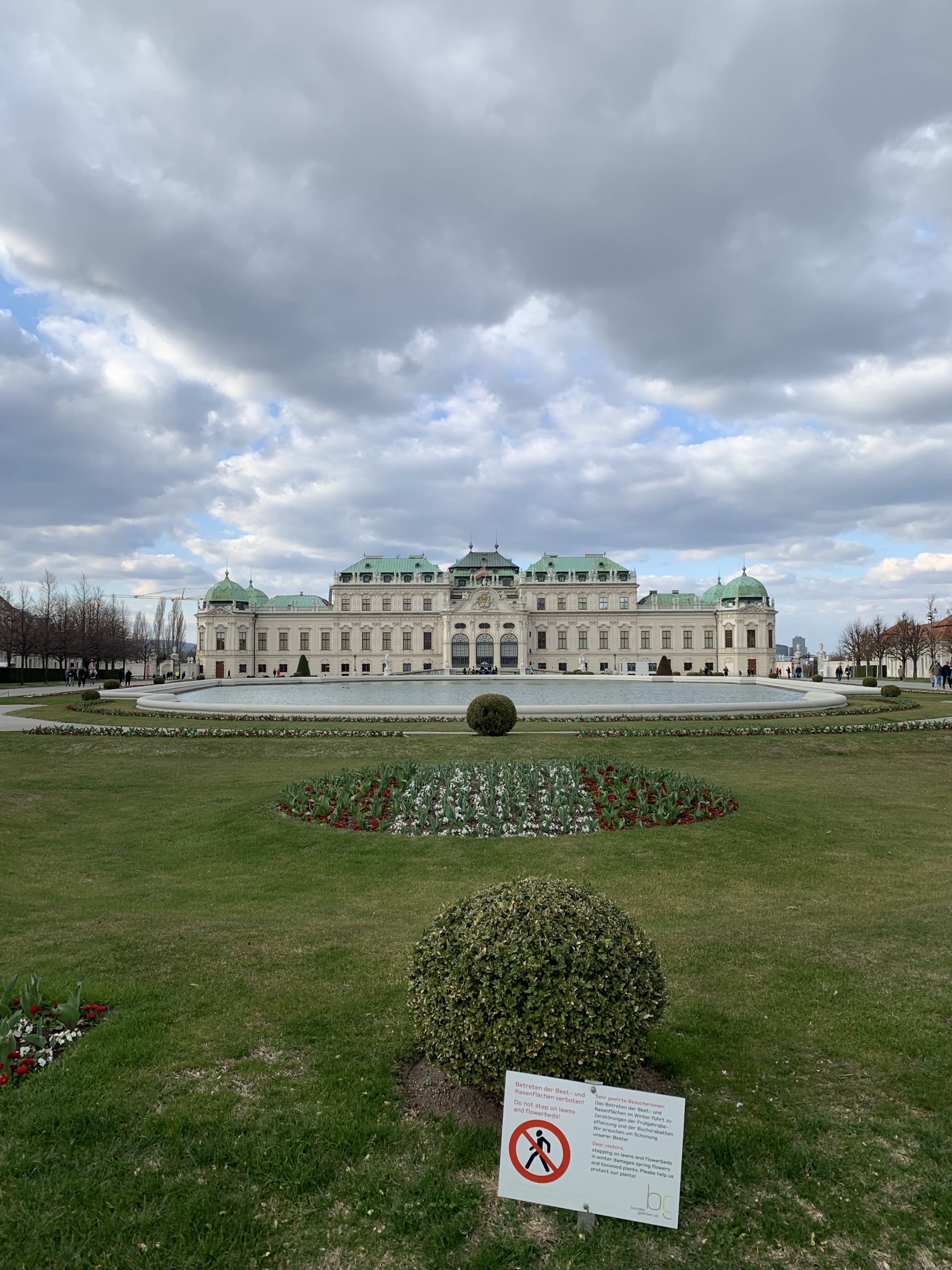 Another result of the Hapsburg’s money, the Belvedere Palace was completed in 1723. This palace has few attractions but it’s worth seeing. The Belvedere Palace has also been declared a UNESCO World Heritage Site. To get here, take the D Tram line to Shloss Belvedere (which leads you to the upper Belvedere). Inside, you can visit a couple of museums. The Upper level highlights pieces by Monet, van Gogh, Klimt, Schiele, and Funke. Visit the lower level to discover treasures and learn a brief history of the families who have lived in the palace. The Upper Belvedere will cost 16 euros while the lower level will cost 14 euros. Outside the palace, you can explore the grounds. Find the map of the Belvedere Palace grounds here. There’s a garden as well as a courtyard behind the palace. Once you walk down to Lower Belvedere, you will find a main street with a tram stop to find your way to your next destination. 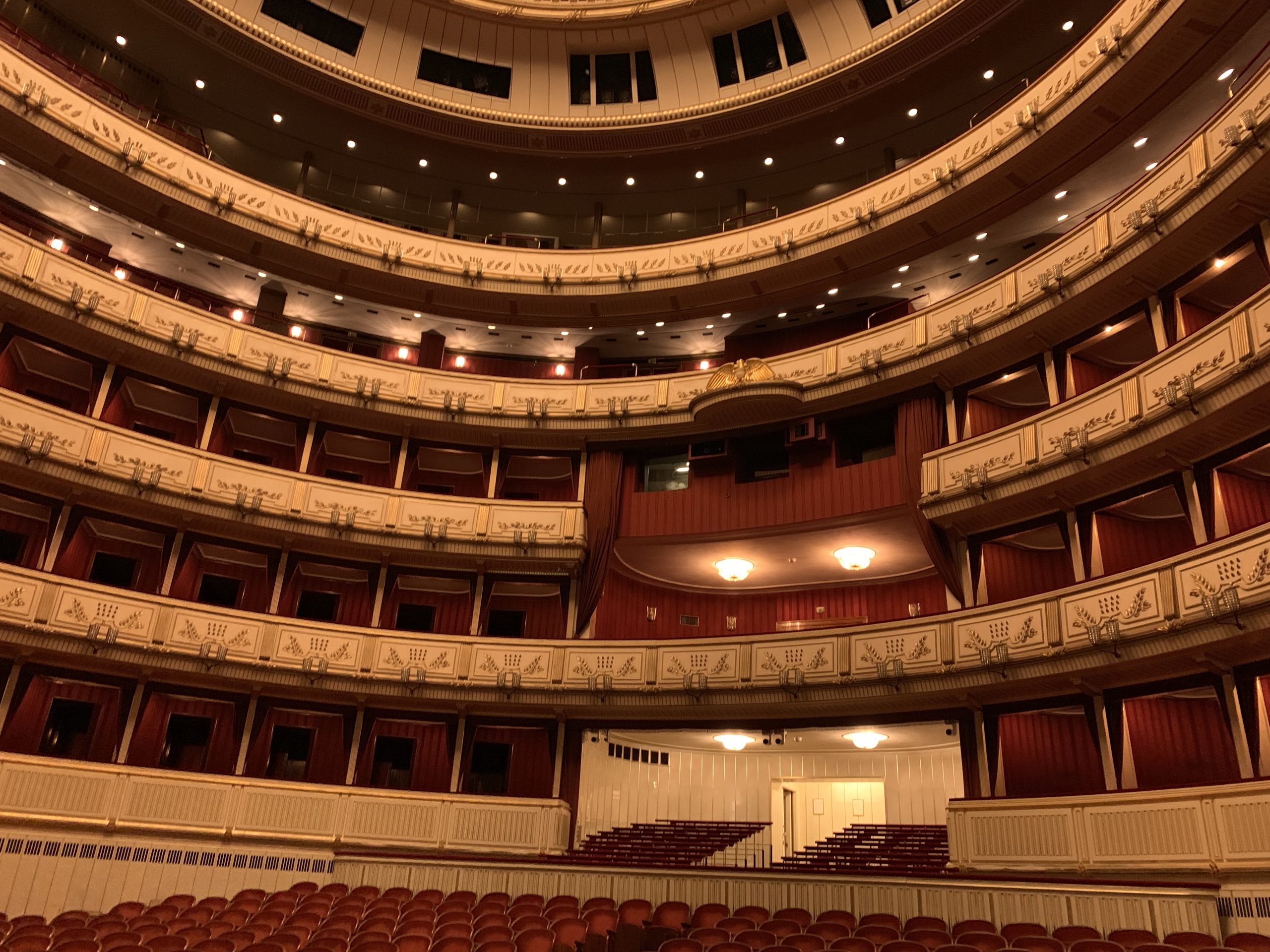 Considered one of the greatest Opera Houses in the World, the Vienna State Opera opened in 1869. I strongly recommended a guided tour at the cheap price of 9 euro. They will show you some of the executive rooms, function halls, and bring you next to the construction of the stage for the current show. Also explore the opportunity to see an Opera at the Vienna Opera House for as little as three euros. Tickets are standing room only but you will have bars to lean on during the show. I recommend getting into line for cheap tickets at the Vienna Opera House around 2 hours before the show. They will begin to sell these tickets an hour and 20 minutes before the show. The line starts at the WEST Entrance. The entrace is easy to miss but if you continue to walk on the West Side you will find it. Also, the line starts inside, so you do not have to worry about the cold. Make sure you dress nicely, but it doesn’t have to be formal. Nice jeans are fine, as long as there are no holes or rips. They WILL point them out and kick you out of the line. Make sure you bring cash to pay for your tickets, since you cannot pay with a card. Once you get your tickets, go straight to your seating area so you can get the best spots. All standing room areas are first come first serve. Make sure to use a coat/scarf to tie around the pole and save your spot. 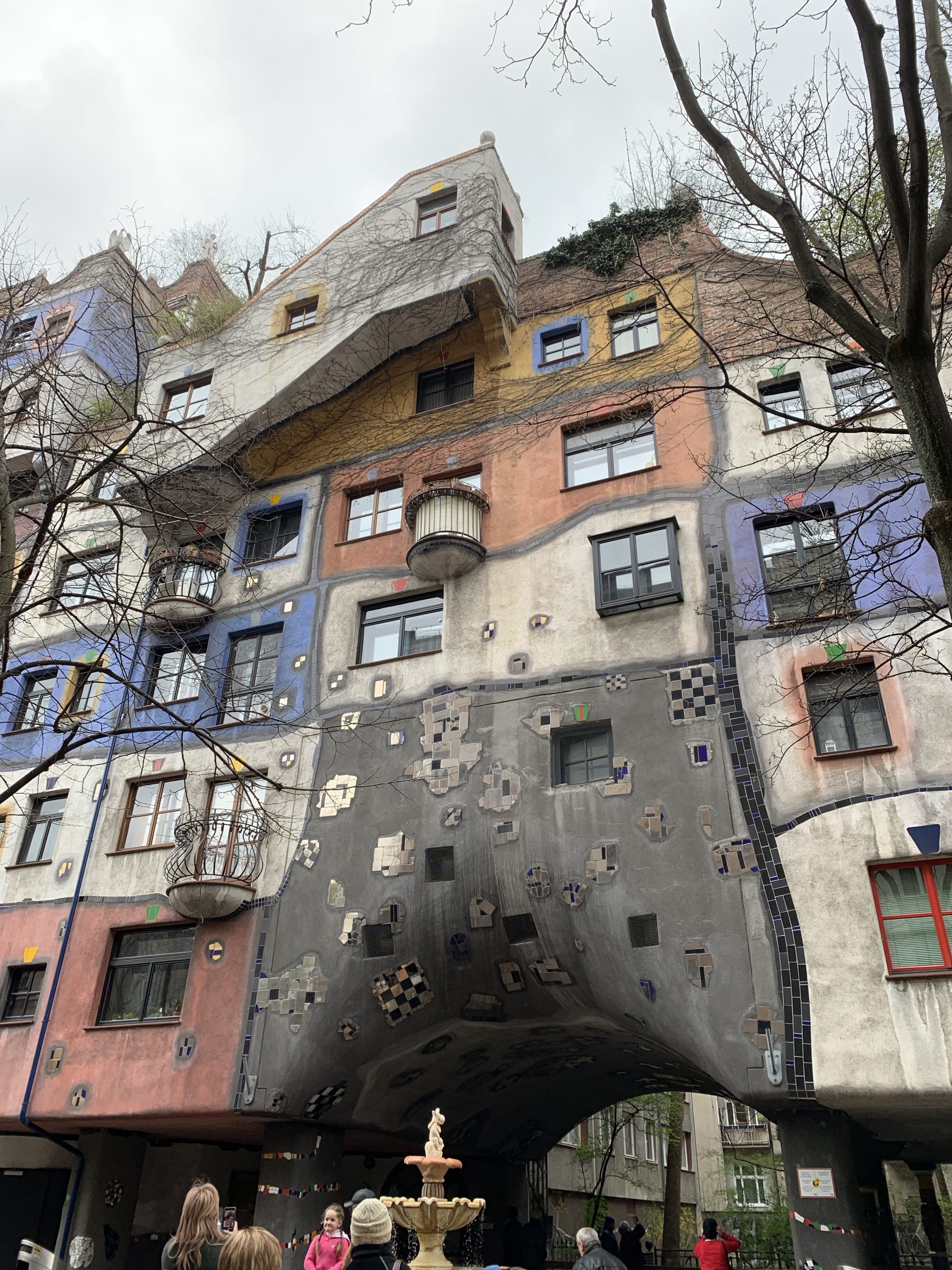 The Hundertwasserhaus is one of the most visited attractions in Vienna. This apartment complex portrays an extremely unique and intricate design by Austrian artist, Friedensreich Hundertwasser. Hundertwasserhaus opened in 1986 for people to move in. To get here, take the Line 1 Tram to Wien Hetzgasse, then walk a few minutes. Once there, admire the building and many unique structures around. Nearby, there is an entrance to a mall area with lots of small shops. This mall keeps consistent with the design of the intricate design of Hundertwassenhaus. Before leaving this area, I recommend continuing your walk to the Museum Hundertwasser. It’s a whole museum dedicated to the artist, which shows a similar design but less known by tourists. 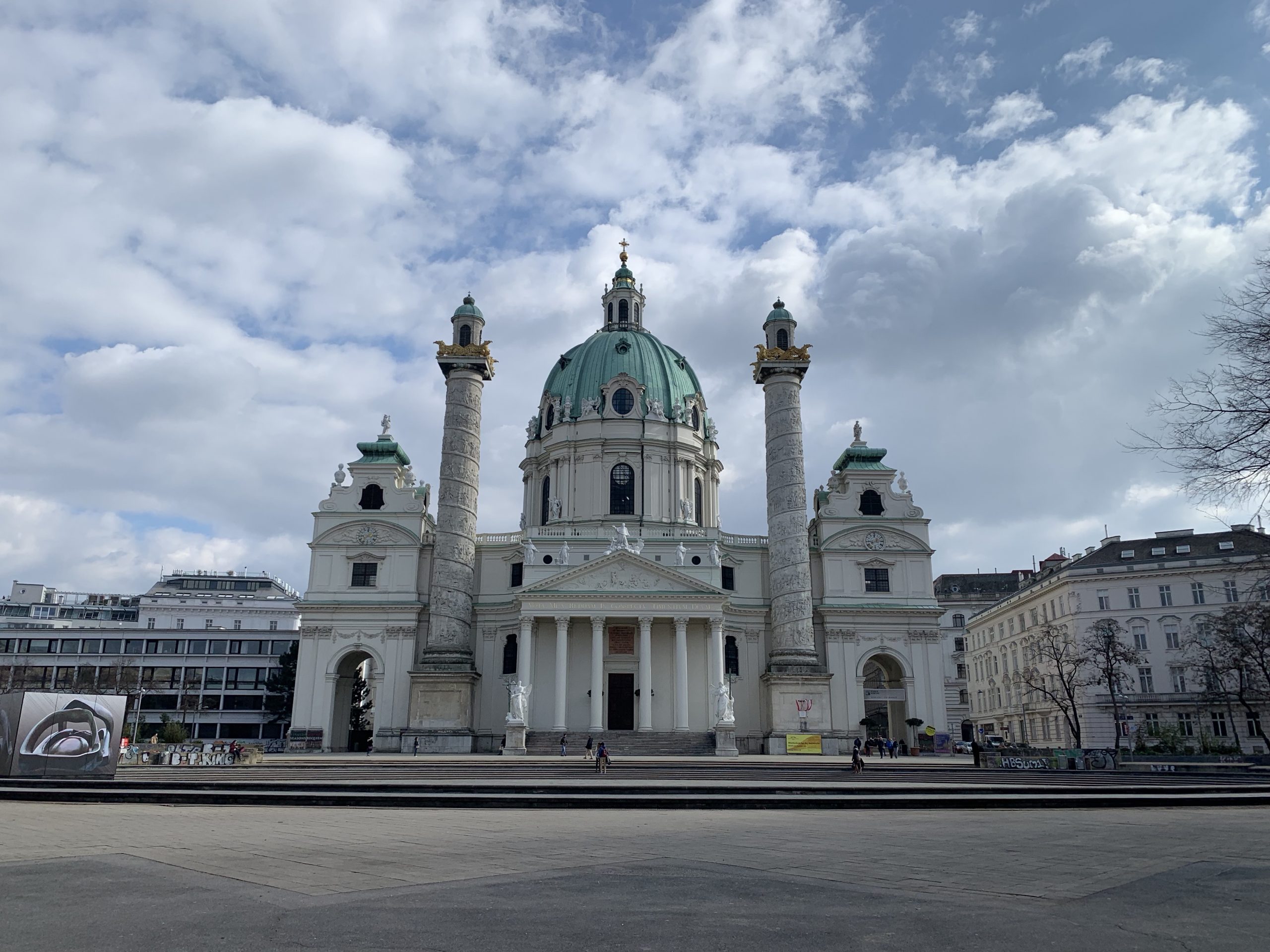 Close to the Vienna Opera House and Naschmarkt, the Karlskirche is a beautiful picturesque Baroque church. Constructed in 1737, this building is considered one of the most beautiful in Vienna. You can visit inside for 8 euro which comes with a ticket to the elevator inside. There’s information on tickets available here. Unfortunately, the interior tarnished by the scaffolding for the elevator. Though, you should still visit Karlskirche. Due to the small amount of space on the elevator and scaffolding, there are only a few people allowed up to the top at once. So spend some time looking around inside while keeping an eye out on the line for the elevator, so you don’t have to wait in line most of the time you’re inside. You get to walk around in the rafters of the church and take a peek outside the large glass window in the center of the dome, to view the skyline of Vienna from Karlskirche. 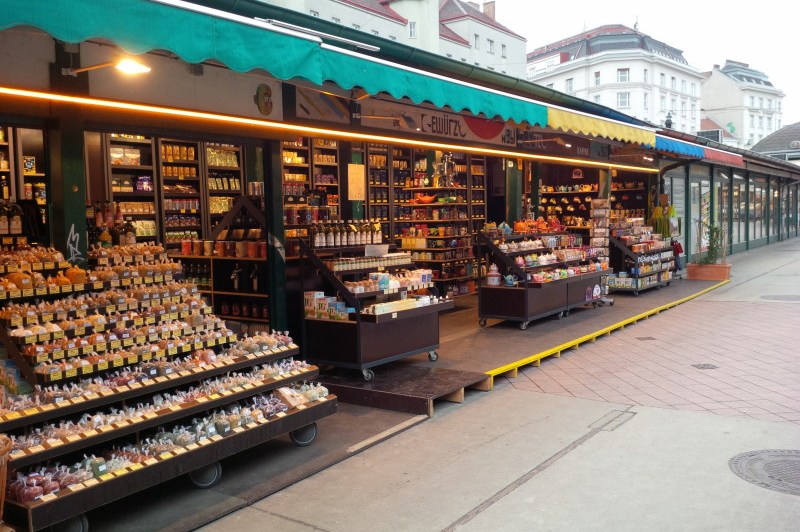 The most popular open-air market in Vienna, Naschmarkt is a beautiful space to walk around and take a look at some local shops and restaurants. Naschmarkt is located near the Karlskirche and the Vienna State Opera House. There are a few touristy places here though since it can be a hotspot. It’s not very big but great if you want to grab a quick bite to eat or buy some local produce/goods. The website is a little outdated but you can find out more information about the Naschmarkt here. 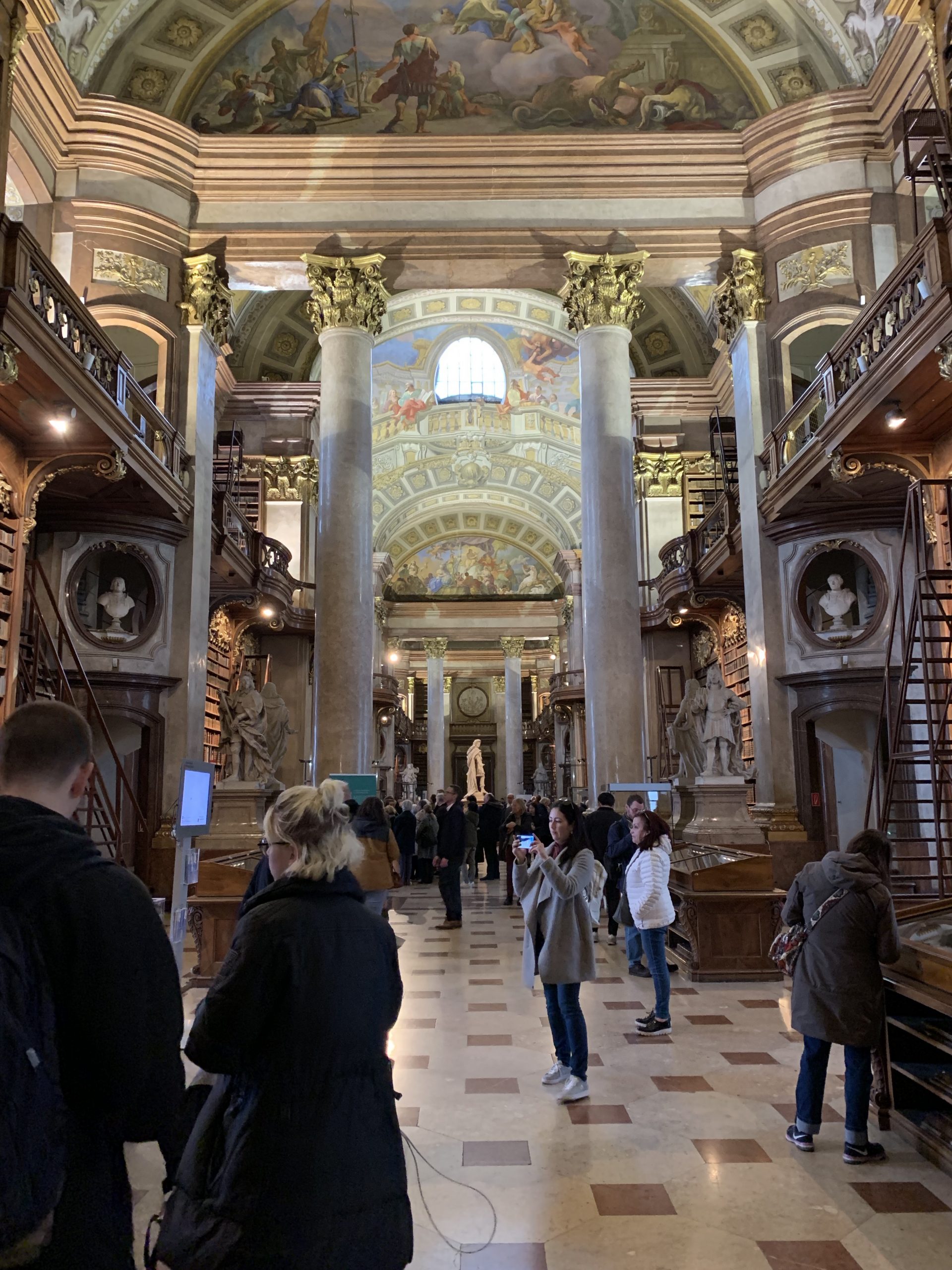 As part of the extensive Hofburg Palace in the Vienna City Centre, the Austrian National Library is one part of the Hofburg that I strongly recommend you see. The hall, that you purchase entrance for, is relatively small but it is grand. The grandeur of the Austrian National Library is equivalent to a historic Baroque church. Tickets cost 8 euros, there are other areas of the library to explore, but this is the part I recommend. The hall also has many old transcripts and interactive boards to learn about the large history behind the library. More information about tickets and the rest of the library can be found here.

If you’re into museums, the Museumsquartier has everything to offer in Vienna. Most of the museums in this area were created in a Baroque style and cost millions to construct, which results in museums that are architectural masterpieces both inside and outside. If you’re interested in art, you’ll find the Mumok and Leopold Museum here. The Mumok in Vienna contains modern and contemporary artworks by artists such as Andy Warhol and Pablo Picasso. The Leopold Museum is more about Austrian art, which contains pieces by Egon Schiele and Gustav Klimt. Both of these museums were opened in 2001 in an effort to explore art in Vienna. On the other side of the Museumsquartier, you will find a beautiful square which contains the Natural History Museum and Museum of Fine Arts. These Museums have been around for longer, and thus tend to be much better organized and are much grander. When I was talking about amazing Baroque Museums earlier, these two buildings in Vienna are the highlight of Baroque Architecture. The Natural History Museum of Vienna will cost 12 euros, while the Museum of Fine Arts will cost 16 euros. The Museum of Fine Arts contains a lot of the pieces owned by the infamous Habsburg family. Find more information about the Mumok Museum & Tickets in Vienna. More information about the Leopold Museum & Tickets in Vienna. More information about the Natural History Museum & Tickets in Vienna. Find more information about the Museum of Fine Arts & Tickets in Vienna.

Remember if you would like to learn more about any of the places included in my best sights & attractions of Vienna, Austria, then you can visit my all-inclusive guide for free here! 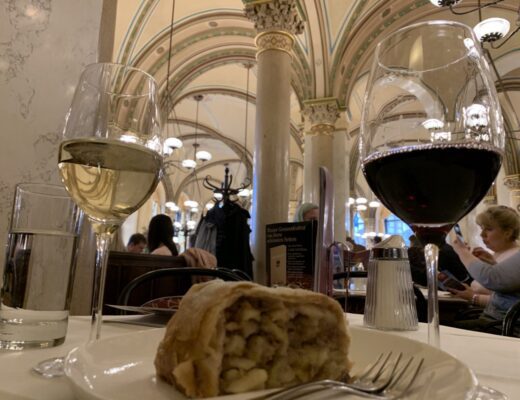 Where to Eat - The Best Restaurants in Vienna, Austria 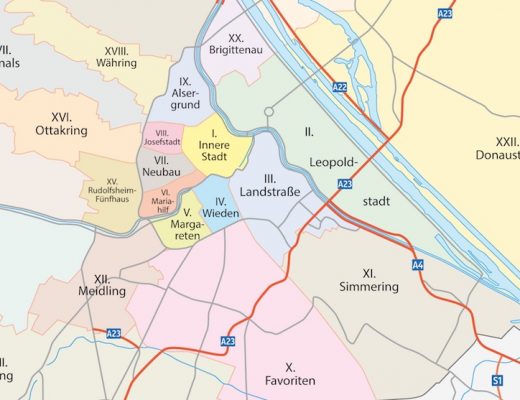 Where to Stay & The Best Location in Vienna, Austria

Where to Stay & The Best Location in Vienna, Austria 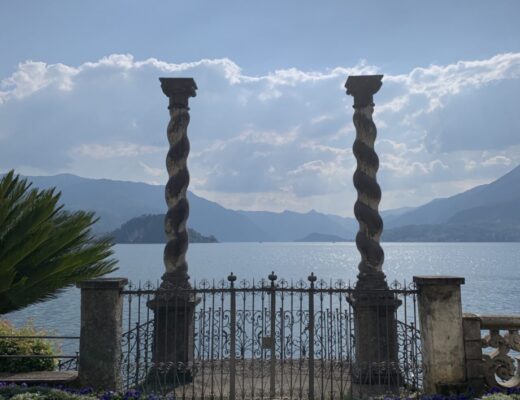 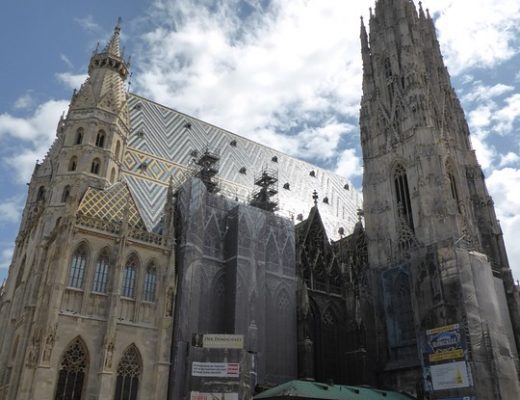